Teaching in the Territory: “It’s just like the Dept of Education, the Dept of Health do what the f*ck they like.”

Edit no.1: Seeing SKY News all over us: now we know what drinks at Bill Cosby’s hotel room must have felt like. 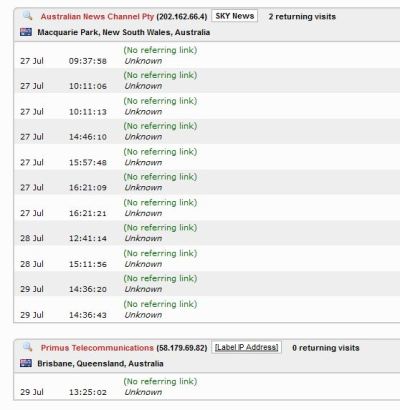 While you work that one out, a wee game of ‘inside voice, outside Twit-jizz-voice’ for you:

We’re sure this will push us over 40,000 page views.  Good effort everyone!

You’re right boys, what you are about to read is “absolutely shocking”.  The perfect lead-in:

This is Part 1 of a 2-part story….’cause we luv Philsfacebookflop and everything he sucks dick for (metaphorically speaking.. we think): 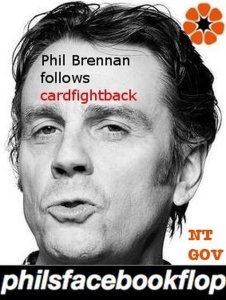 We all have those days when our big mouths get ahead of our tiny brains, when the gift of the gab turns on us and our face holes echo the sound of gunshot as we shoot ourselves in the foot after the wrong thing has escaped our mouth.

And we all know that feeling of panic that follows clicking the ’Send’ button on an email to the wrong person, or the red-cheeked agony of enquiring about a pregnancy thats really nothing more than the result of an overly enthusiastic approach to burger eating.

Or worse still, getting caught loudly taking the piss out of Darwin residents, laughing at how gullible we are for putting up with Brennan getting a job in Health.  Then mocking Karl Lijnders 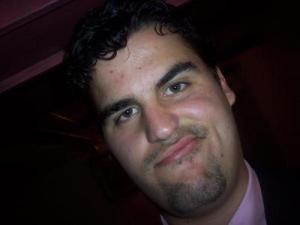 for how stupid he is and busting a gut because he still gets a job with the NT GOV…in the Attorney General’s Office!  Right on, Mr Elferink.

Politicians use the public sector to give jobs to their mates, at the expense of the efficiency of those organisations and general welfare. Motivated by greed and an arrogant “fuck you” attitude: 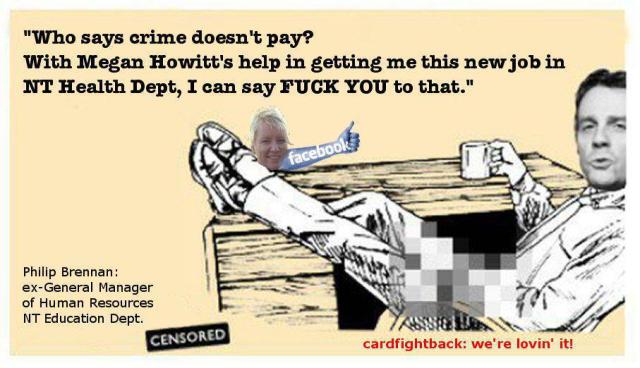 We find our most recent evidence of this to be consistent with this latest example of in-yer-face cronyism and politically-induced abuse of public trust and resources….more on this in part 2.

This untrustworthy blabbermouth has been overheard in more than one public place in Darwin in the last month openly discussing the following story for all staff and customers around him to hear and record.

We did say he couldn’t be trusted……but would you listen???  Thankyou Phil for proving us right, AGAIN.

The story, checked and relayed to us from several credible sources, goes something like this:

who works here on Saturdays:

was, according to Big Mouth Brennan, asked a special favour from her boss, CEO of NT Health Dept Dr Len “I’m now the Emergency” Notaras: 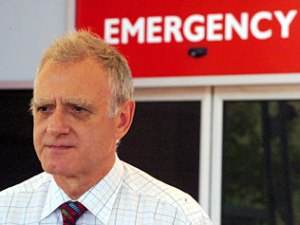 Someone needed a Govt job all hush-hush way and Dr Notaras was approached to fix something up….just like he did for Phil Brennan we are reliably informed.  Apparently Megan was told to give this new person a job, no questions asked and to keep it quiet.

If only blabbermouth had been listening to that last part! 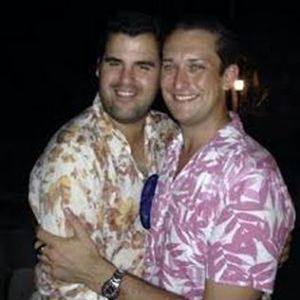 He is the boyfriend of SKY News reporter and Darwin media darling Dan Bourchier: 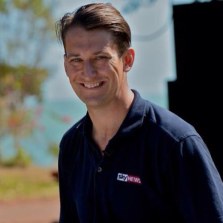 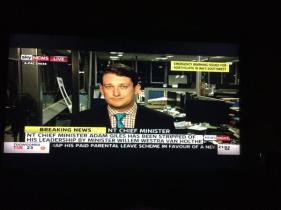 Karl has just been handed a job with the Attorney General’s Office at AO6 level without the role being advertised.  Jo Sangster will know how that works as neither was her job.

Annnnnddddddd another source has told us Karl’s name was kept off the NT GOV selection list (the list which shows who’s been appointed to which NT GOV job for everyone to see – or not see, in this case) ….nice touch NTPS.  When Brennan got given his job in Health, his name only appeared on the selection list for a few hours, then whoooosh, it was gone!

Karl has a shiny new NT GOV email address too:

but you won’t find his name listed in the phone directory…..wonder why that is?  (We know, you don’t have to answer that question).

Big mouth Brennan was blabbing on about how Karl doesn’t have the relevant qualifications for the job and how Megan took his advice and did a pretend one-to-one interview just to tick the boxes and make the whole thing look legitimate.

He was laughing and saying, “It’s just like Dept of Education, the Dept of Health do what the fuck they like.  I love Darwin!  What a bunch of fucking losers!”

Brennan then announced to everyone around him that Karl is currently going through an unfair dismissal process with his previous employers, Disability Services.
Good job there Captain Confidentiality!  Loving your work.

Karl’s new job: from Disability Services to suddenly writing policy in the Attorney General and Justice Department in a section looking at domestic violence. It’s funded by Health.  The phone number is: 08 8935 7874 or try 7825 or 7657, run by a former CLP candidate for Darwin Northern Suburbs area of Johnston, Jo Sangster.

Email questions about how Karl got his job under her at: joanne.sangster@nt.gov.au 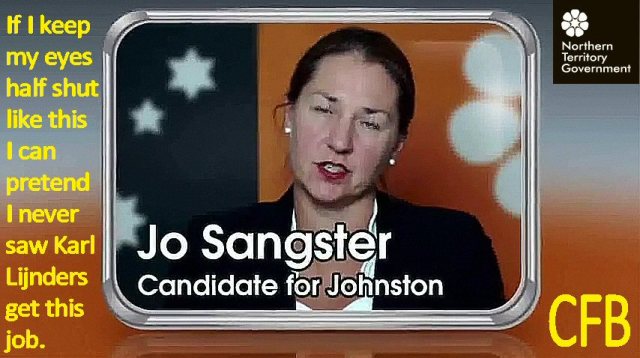 Part 2 of this corrupt saga will explore: who Dan Bourchier really is (not that fat kid from Tennant Creek who holidays with his mum any more that’s for sure) and the important connections he has which enables someone to contact the CEO of NT Health Dept and instruct him to give Dan’s boyfriend a job in the NT Attorney General’s Office…which he then does.  The CEO!

Cheers lads (and Phil, Megan, Len, Raelene, CatherKen Davies etc)…must be such a hoot, upgrading us all to First Class Arseholes while you steal our jobs and give them to your husbands and mates and boyfriends.  Fuck everybody else, woo-hoo, look at me, ‘aving a great time! 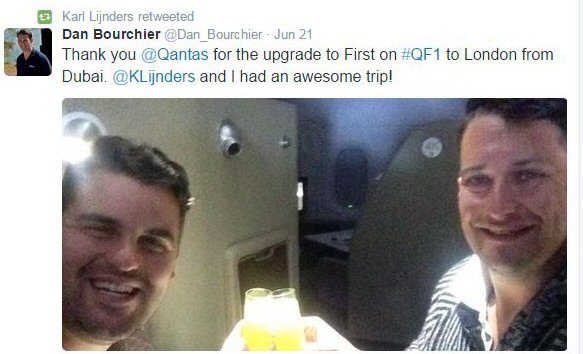 “We are wanting to return transparency to Govt @Dan_Bourchier“

Newsflash! – someone sent us a link to this article  by Dannyboy – what a hypocrite:

“I still believe we should become a state – with all the trappings of political independence, being counted equally in referendums, and creating the first Australian constitution in more than a century which maps out the kind of people and place we are and hope to become – but I’m concerned about the process.”

– Cut out the BourShit, please.  We’re all “concerned about the process” too, the one that gave your boyfriend a job ahead of everyone else, just for being your boyfriend.  Will that be in your new constitution?

“But while having this debate, how about an honest conversation about governing the north.”

– “How about an honest conversation” on how Karl got his new job at the Attorney General’s Office, Dannyboy?  That would be much more interesting.

If you can’t wait for the next serving of BourShit and want to ask Dan directly how Karl got his new job and what strings were pulled for him and by who, email him at:

It remains to be seen if anyone in the NT GOV will take this case seriously even after these most serious charges are brought forward, although if so, then the full banana republic farce of a Government where laws are meant only for some, will be exposed to the entire country to marvel at.  Watch this space.  CFB Team.

This entry was posted in Uncategorized. Bookmark the permalink.

44 Responses to Teaching in the Territory: “It’s just like the Dept of Education, the Dept of Health do what the f*ck they like.”

Leave a Reply to Twist and Shout Cancel reply